Hi. I just discovered HxD. It looks pretty awesome, and intuitive to use.

An initial feature request is for a simple buffer byte-swap, edit / tool option. This would be very useful for the Retro community, where we often need to do a file byte-swap where ROM images (for eg. big-endian 68000 based systems) have the bytes in the wrong sequence, presumably due to the ROM image file being created on a PC? (Intel little-endian).

Whatever the cause for the incorrect byte sequence ROM image files, it is often necessary to swap bytes in a file before writing out to an EPROM (for example).

Having this capability in HxD would make it a all-in-one solution, along with it's existing Hex editing and File Split / Concatenate tools.

I would like this feature, too. I also occasionally need to reverse the endian-ness of 32-bit dwords.
Top

I would also like the byte-swap feature. I have attached a picture of the program I use now to perform this function. 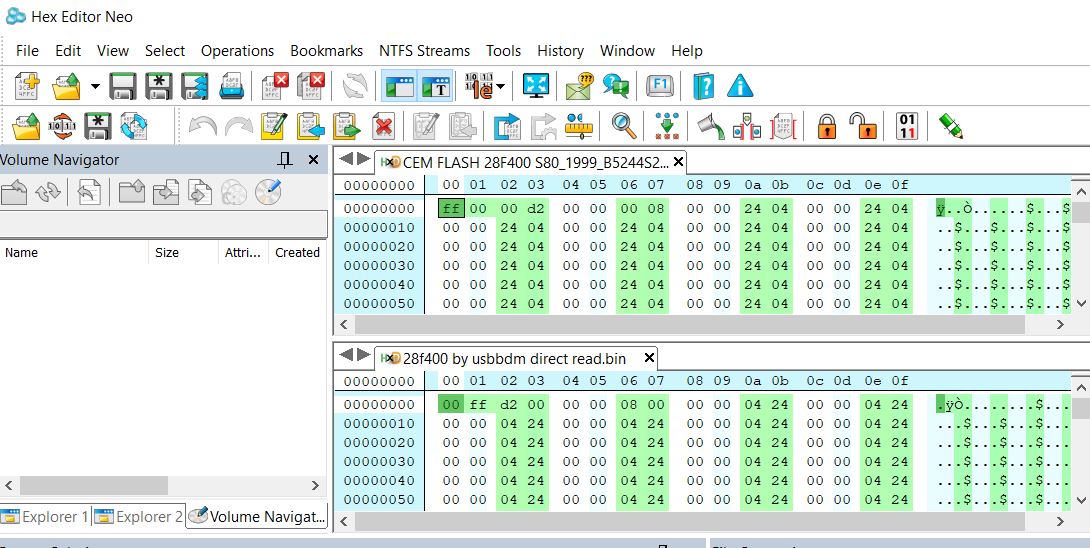