This is a user request which originally was made by email, with some added comments.

For the windows that have it enabled (using a button somewhere, maybe in the hex editor or the window frame/non client are) selection should be synchronized between those windows.

That is, if in one window a block is selected, that same block (selstart and sellength) should also be selected in the other windows. This allow for compariing/highlighting the same block in various files to be able to focus on them.

Other useful techniques that allow this would be coloring blocks or having defined sections. A kind of section/colored/highlighted overlay, based on structure definitions, or simply block (selstart, sellength pairs) definitions.

Below a screenshot of the PDF that was sent to explain the use case. 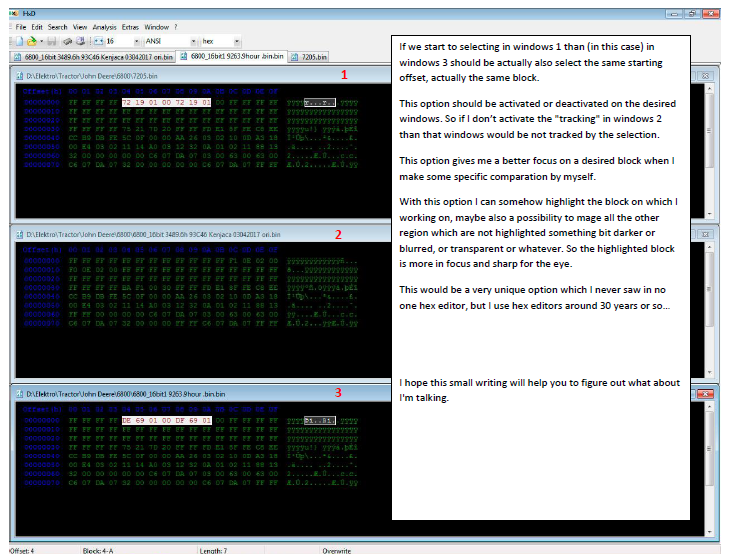